Excursion from Lipari to Vulcano, Panarea and Stromboli by night

Departure from Lipari
Not Rated 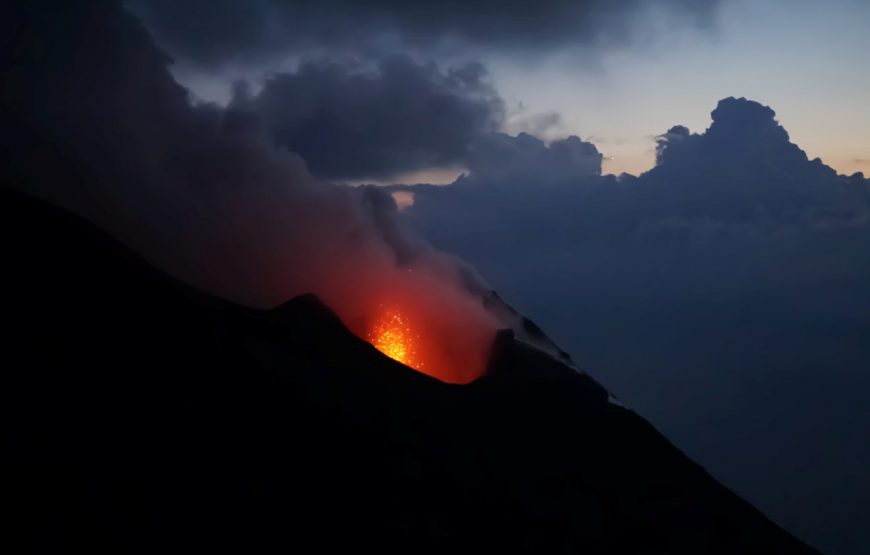 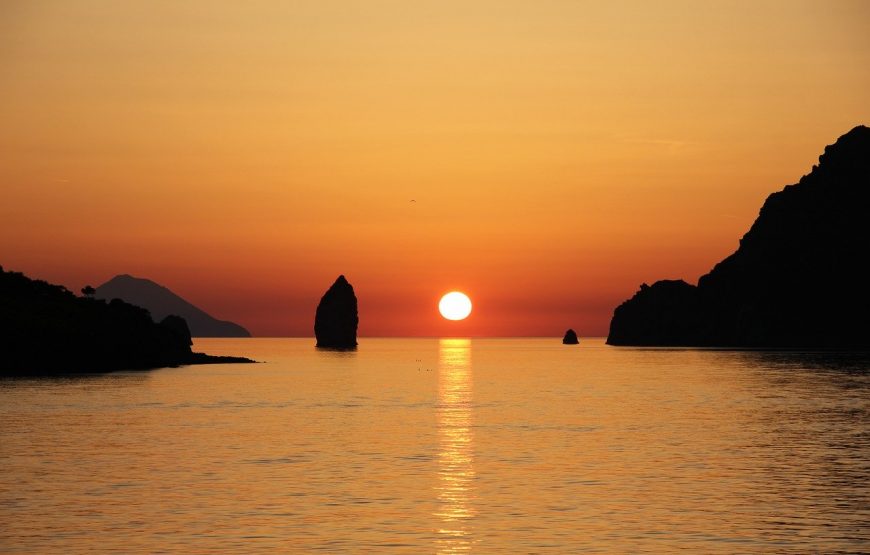 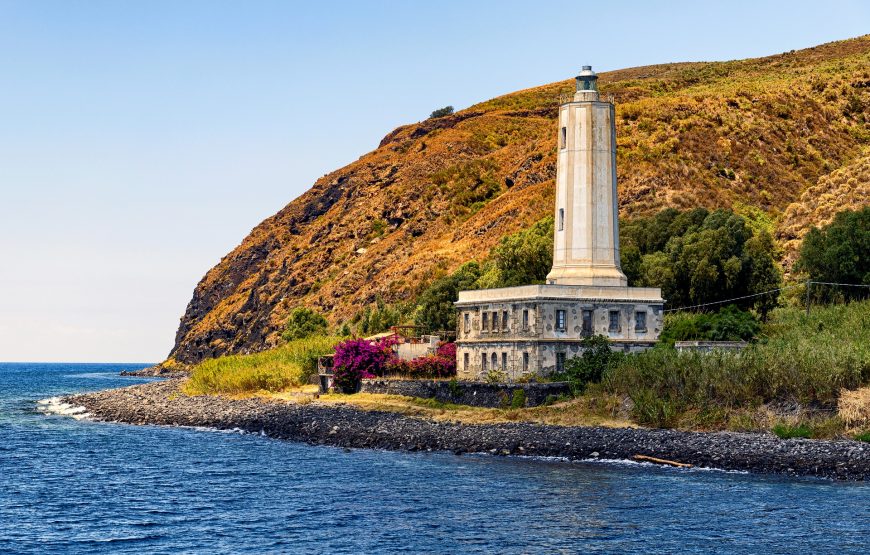 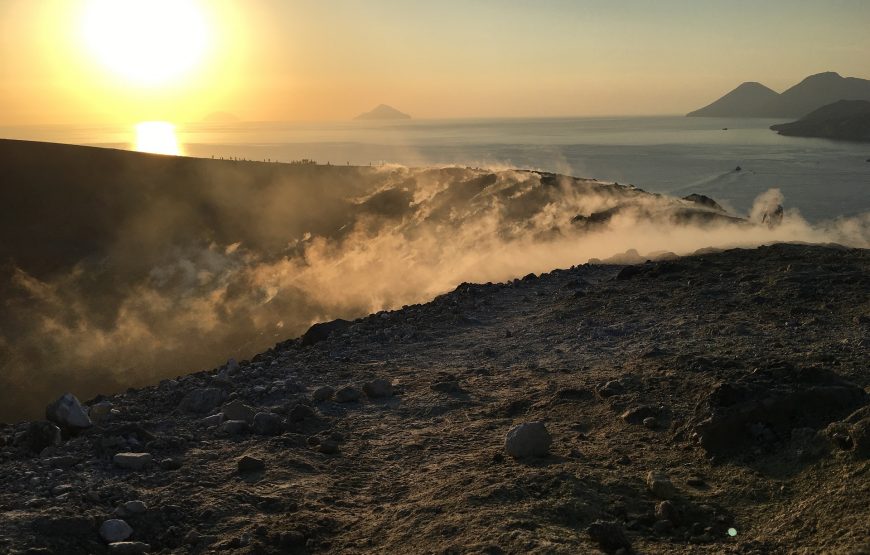 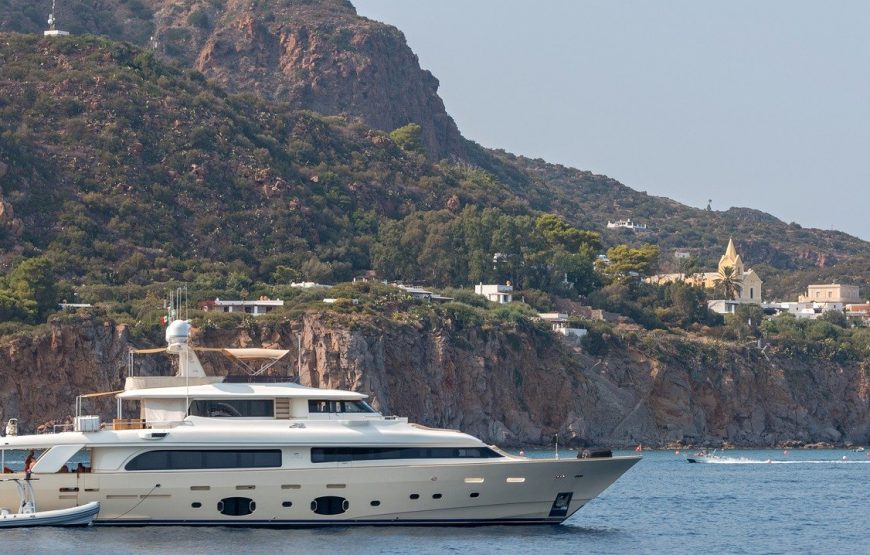 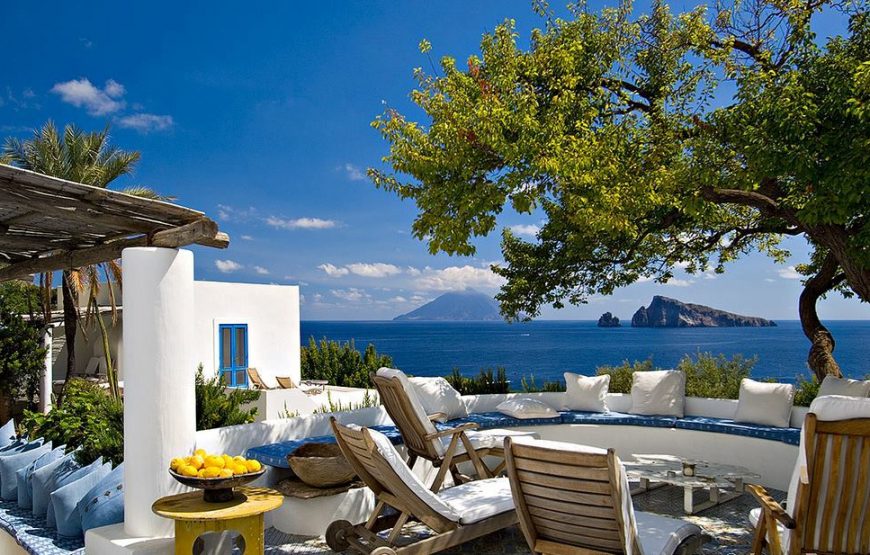 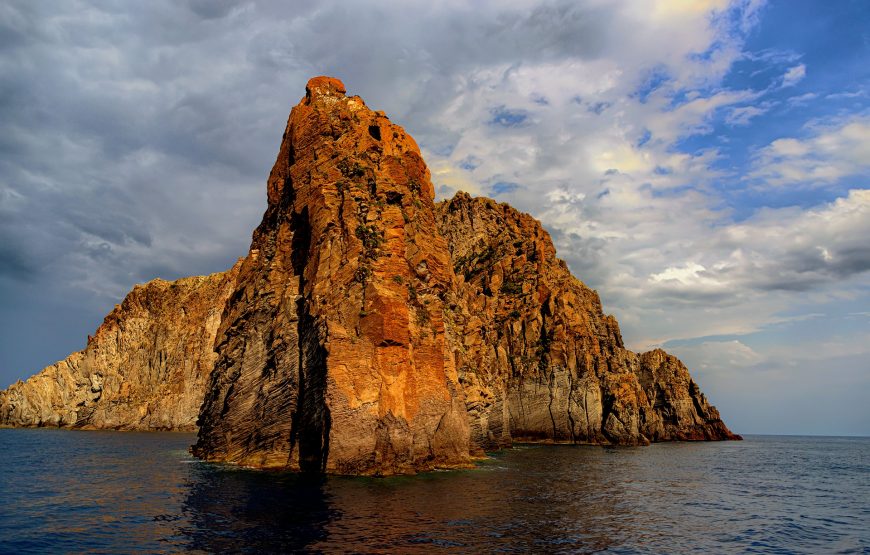 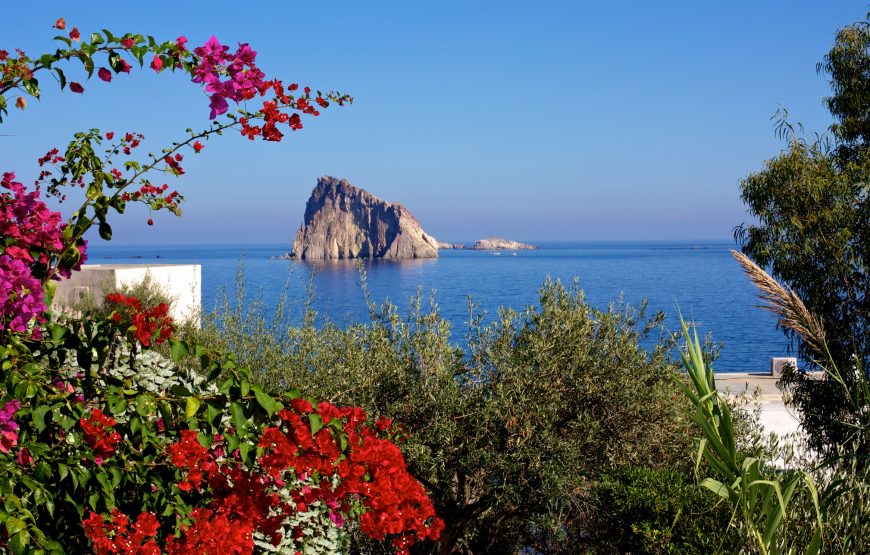 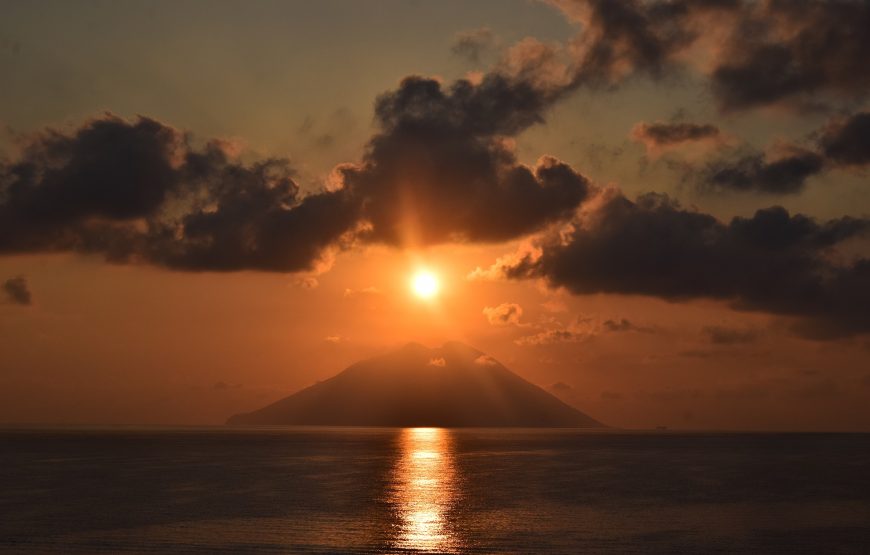 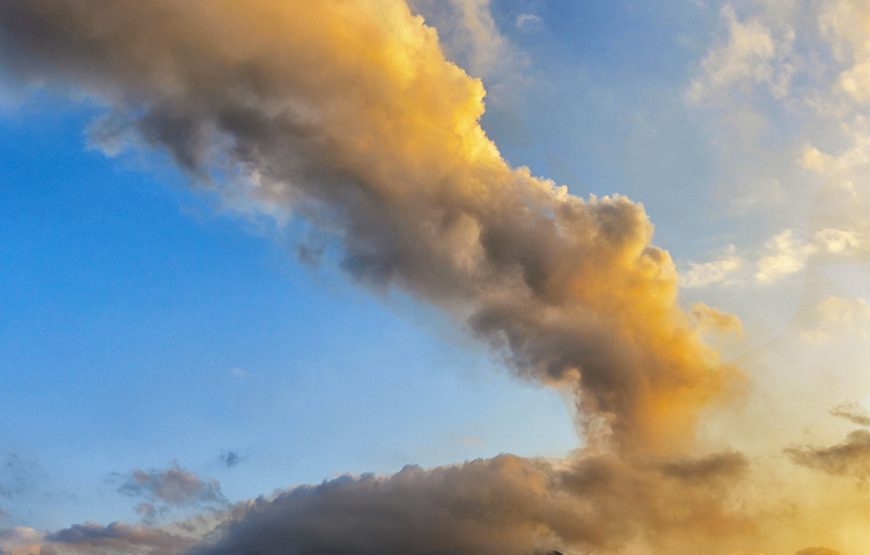 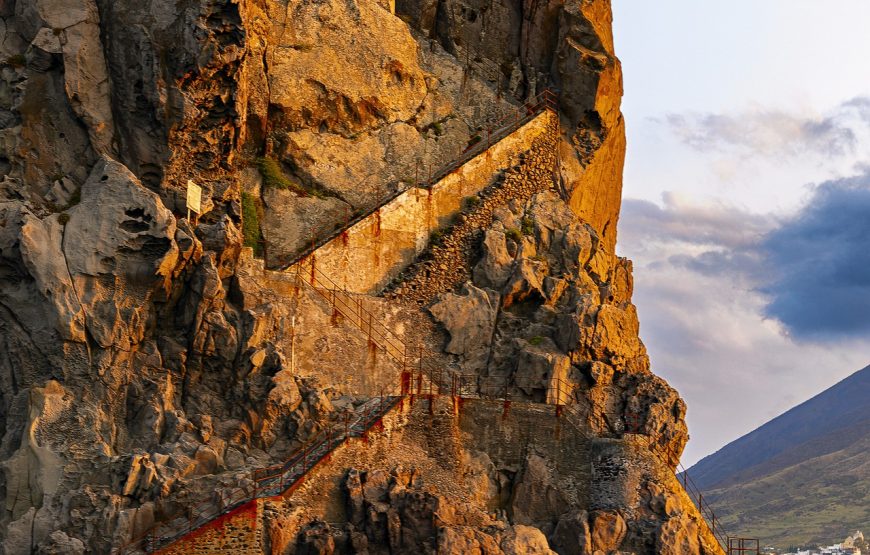 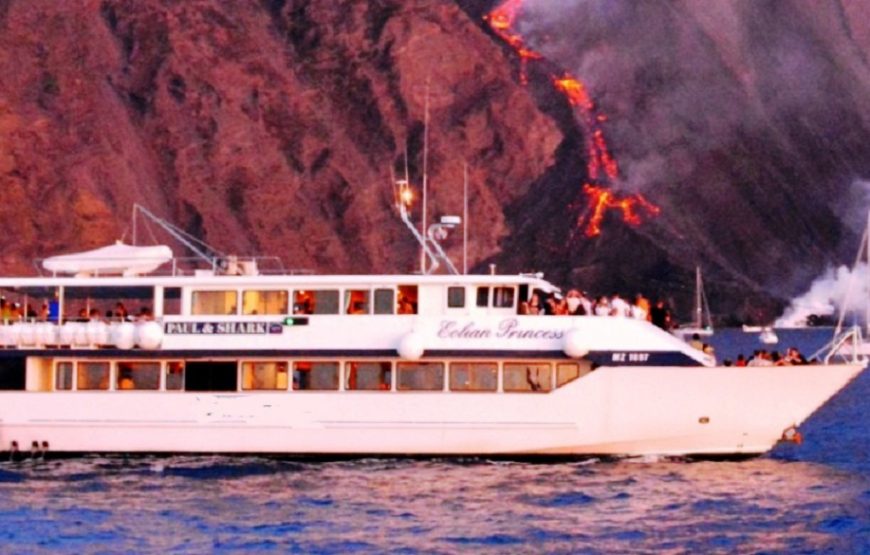 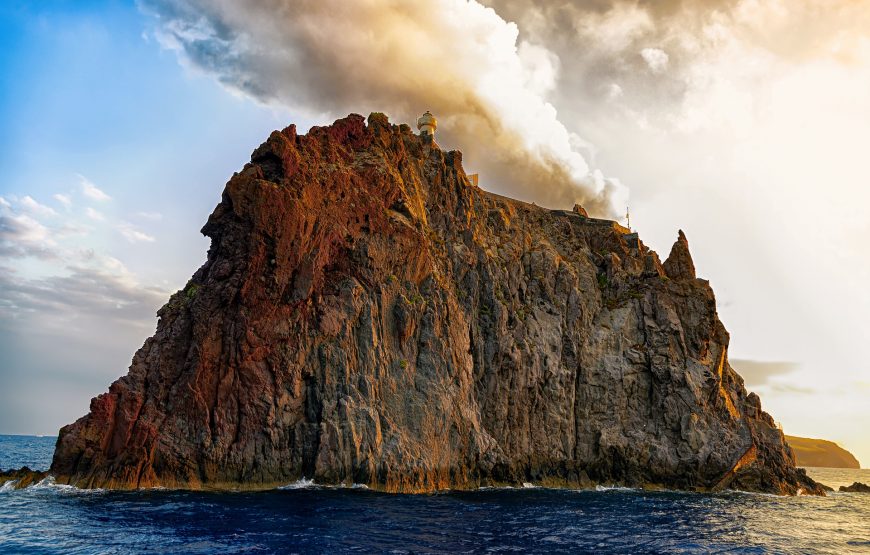 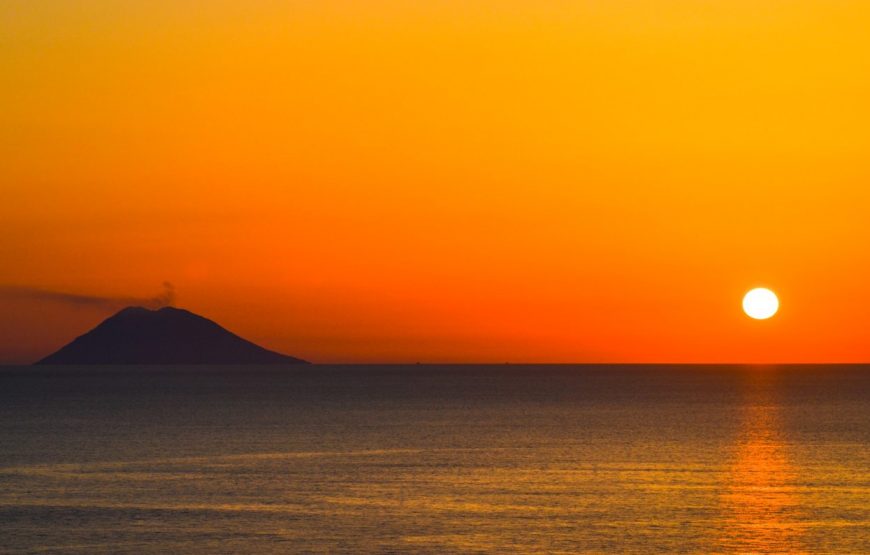 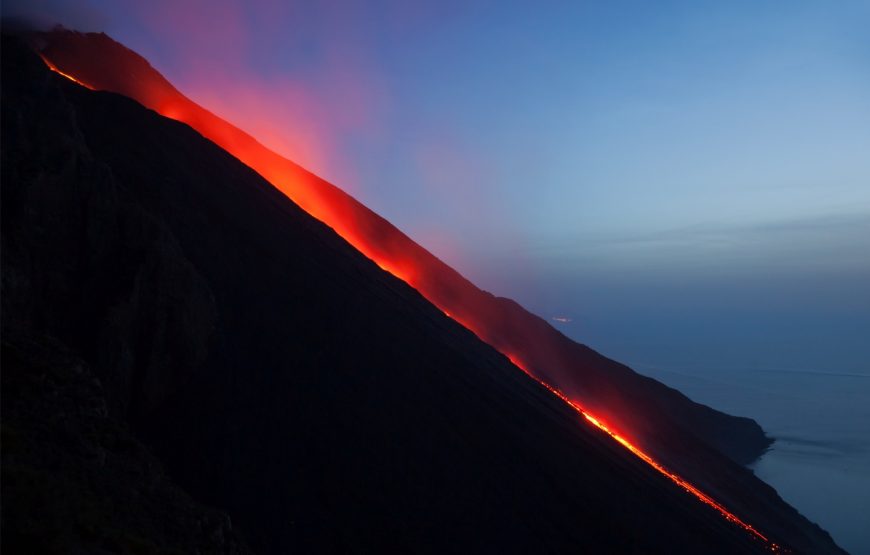 Excursion to Vulcano, Panarea, and Stromboli by night from Lipari.

Departure from the port of Lipari Marina Corta at 9:30 to reach the island of Vulcano.

We will skirt the island and admire Vulcanello, the Faraglioni, the Grotta degli Angeli, and the Grotta del Cavallo. It will stop on the island of Vulcano for about two hours to allow autonomous exploration of the island. In the afternoon we will go to Panarea. While sailing we will admire the Calajunco Bay above which the prehistoric village of Capo Milazzese and Cala Zimmari is located. In Panarea, we will stop for about two hours for an independent visit of the island.

After the visit of Panarea, we will leave for Stromboli. While sailing, we will admire the picturesque village of Ginostra, isolated from the rest of the island of Stromboli and reachable only by sea. In Stromboli, we will stop for about two hours for the independent visit.

At sunset, we will go under the Sciara del Fuoco to be able to watch the suggestive eruptions from the sea. Return to the port of Lipari Marina Corta scheduled for about 10.30 pm.

The itinerary may be subject to changes. Departure from the port of Lipari Marina Corta at 9:30 am to visit the island of Vulcano from the sea. We will coast Vulcanello and the "Valley of the Monsters". It is a small promontory connected to the island of Vulcano via an isthmus following a 16th century eruption.
Afterwards we will visit the Faraglioni, the Grotta degli Angeli and the Grotta del Cavallo. We will arrive at the Baia delle Sabbie Nere, a very black volcanic beach, and the Gran Cratere della Fossa. We will reach the Piscina di Venere and then we will arrive in Gelso, a small, sparsely populated village characterized by unspoiled nature. 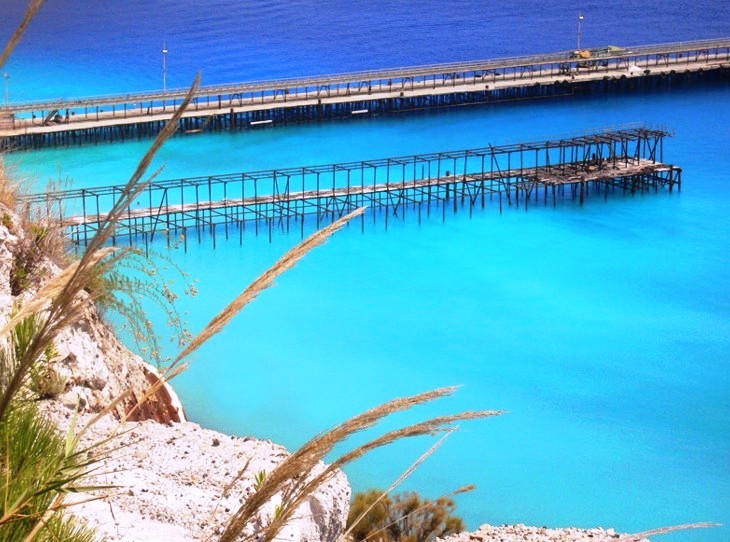 During navigation, at the discretion of the captain and marine weather conditions permitting, it will be possible to make stops for swimming. 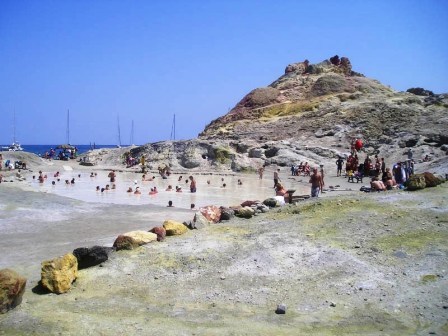 At the end, we will make a stop on the Island of Vulcano to allow the free visit of the island.
Vulcano is famous for the volcanic phenomena that characterize it, such as mud and underwater fumaroles, known all over the world for the health benefits of the skin and the treatment of rheumatism. Once we get off the island, we will be able to visit the Thermal Pool of Vulcano, the Baia delle Acque Calde, facing the mud, the Baia delle Sabbie Nere beach. Do not miss the climb to the Gran Cratere del Vulcano, a pleasant 45-minute walk through gorse, volcanic boulders and the black and sandy soil, made up of volcanic dust. From the top the view is breathtaking! 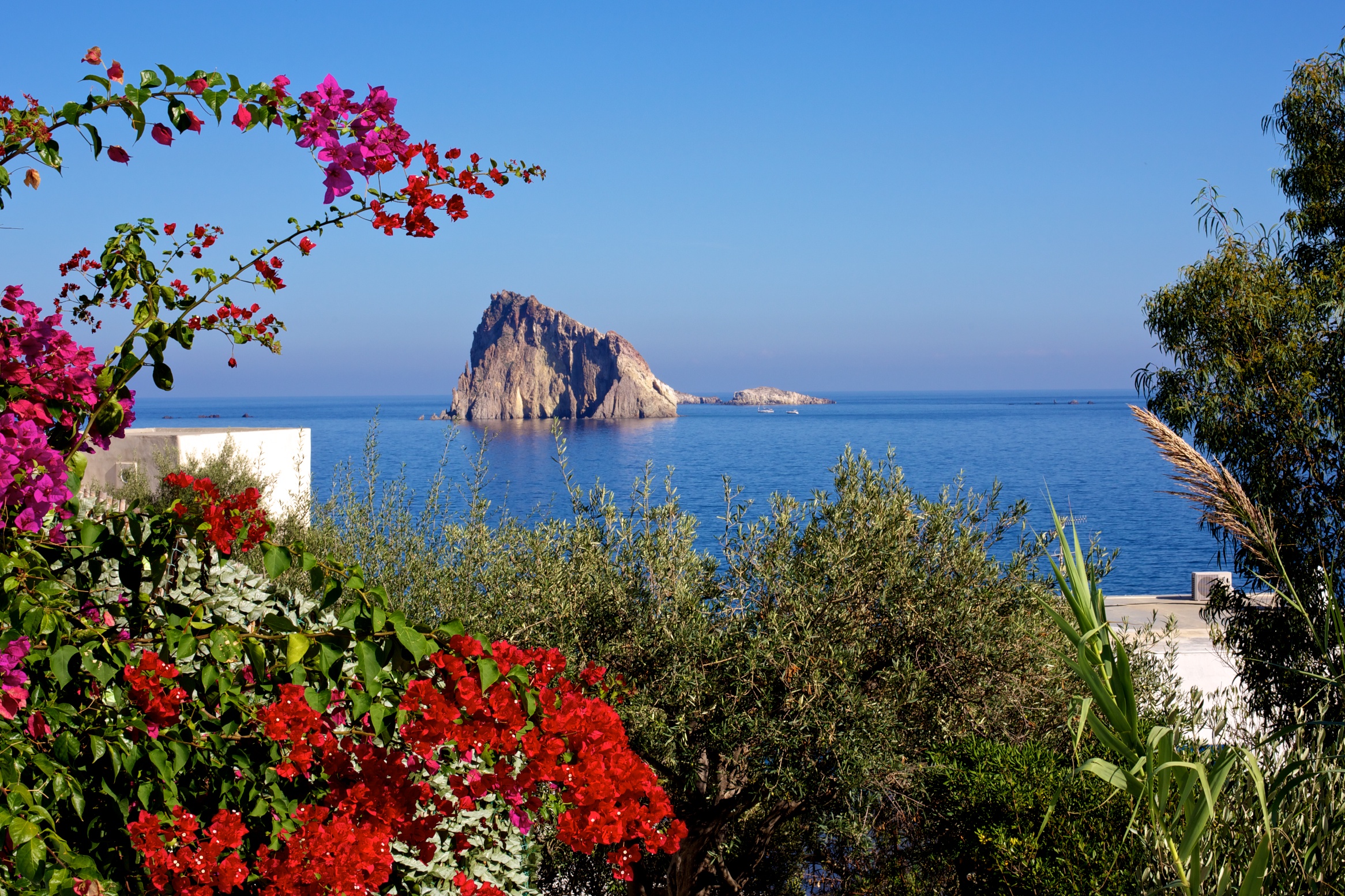 Afterwards we will leave for Panarea. Once in Panarea it will be possible to admire the bay of Calajunco, above which is the prehistoric village of Capo Milazzese and Cala Zimmari. The panoramic tour will continue between the islets, until we reach the port of Panarea, where we will stop for about two hours.

Panarea is the smallest island of the Aeolian Islands and, with the islets of Basiluzzo, Spinazzola, Lisca Bianca, Dattilo, Bottaro, Lisca, the rocks of Panarelli and Formiche, they form a micro archipelago located between Lipari and Stromboli.
In Panarea there are few beaches within walking distance including Zimmari, the only white sand beach in the Aeolian Islands.
During the stay on the island, we recommend a visit to the prehistoric village of Capo Milazzese, dating back to 1400 BC, reachable on foot in about 45 minutes, or with the electric taxis typical of Panarea and the church of San Pietro, the main religious building of the island. 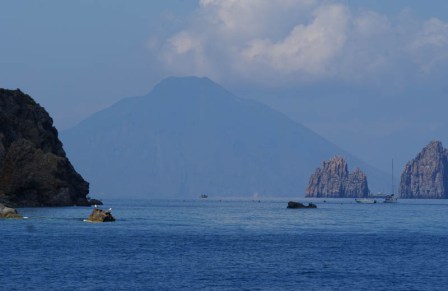 In the afternoon we will leave Panarea to go to Stromboli. During the transfer, you can admire the picturesque village of Ginostra, isolated from the rest of the island of Stromboli and reachable only by sea. At the discretion of the Captain and weather and sea conditions permitting, we will make a stop for swimming. We will then continue towards the Sciara del fuoco, arriving at Strombolicchio, an islet off Stromboli which represents the northernmost point of Sicily. 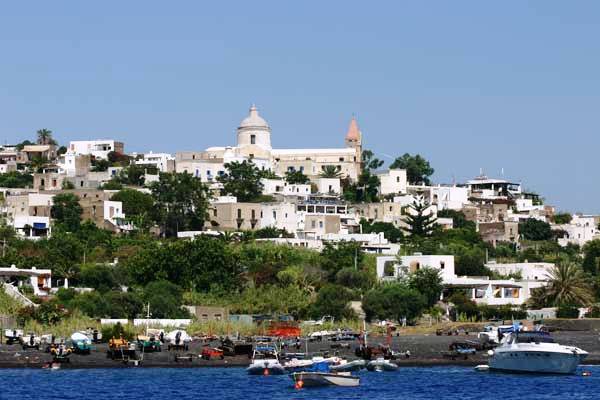 Arriving at the port of Stromboli, we will make a stop on the island for about two hours for the independent visit.
While staying on the island, we recommend visiting the church of San Bartolomeo and Piazza San Vincenzo. Looking out from the square, you can admire a splendid panorama. It is also possible to climb to the crater of the Stromboli volcano up to the Observatory located 400 meters away, from where you can have another magnificent panoramic view of the island. 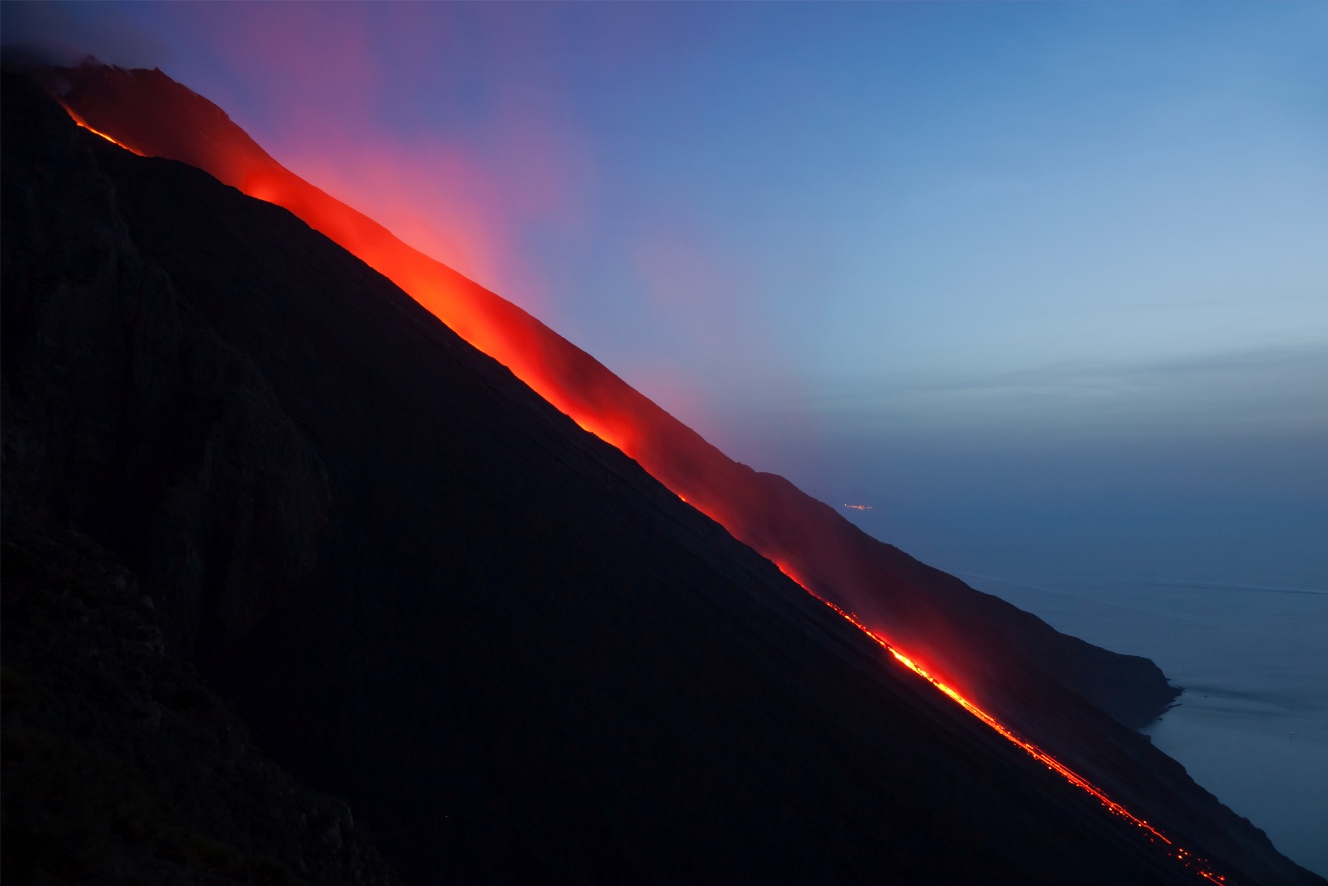 At sunset, we will return with the boat under the Sciara del Fuoco, to watch the suggestive eruptions from the sea. 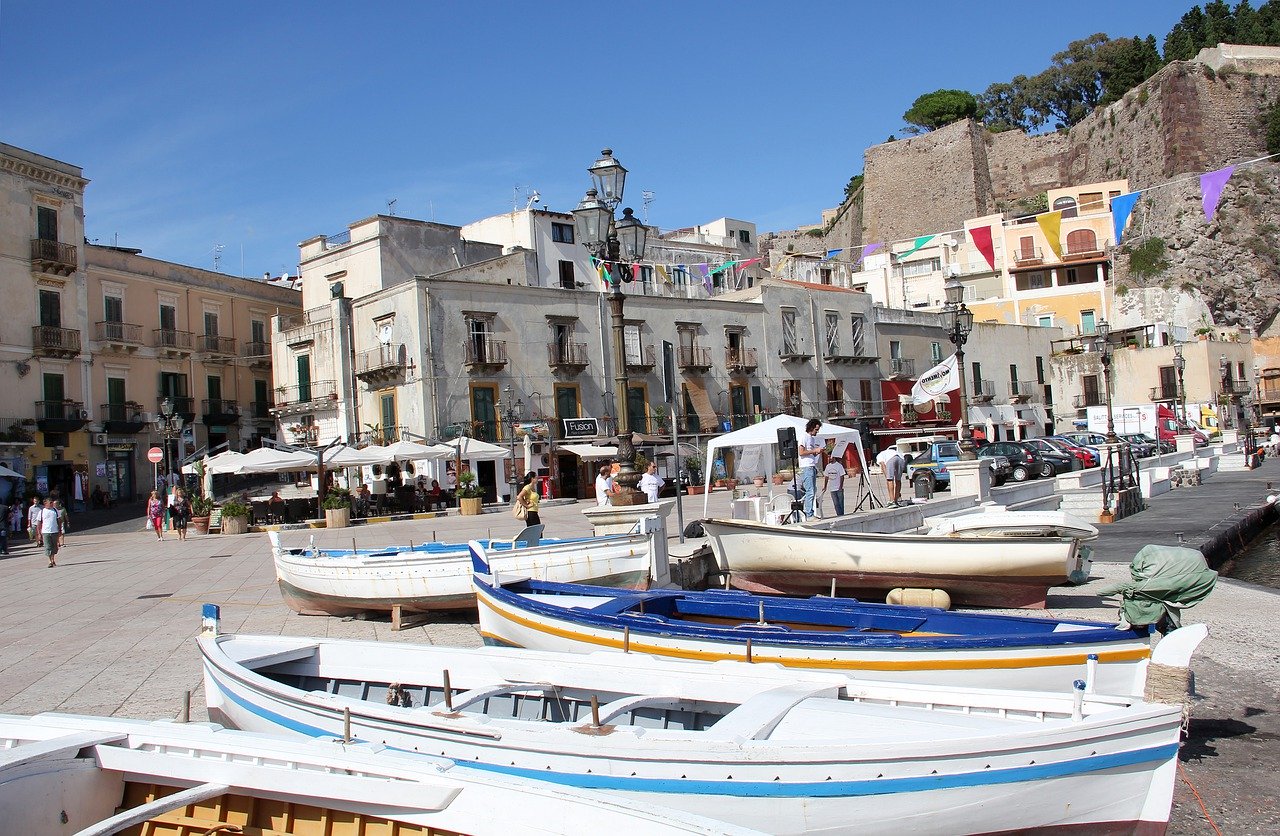 Return to the port of Lipari Marina Corta scheduled for about 22.30. 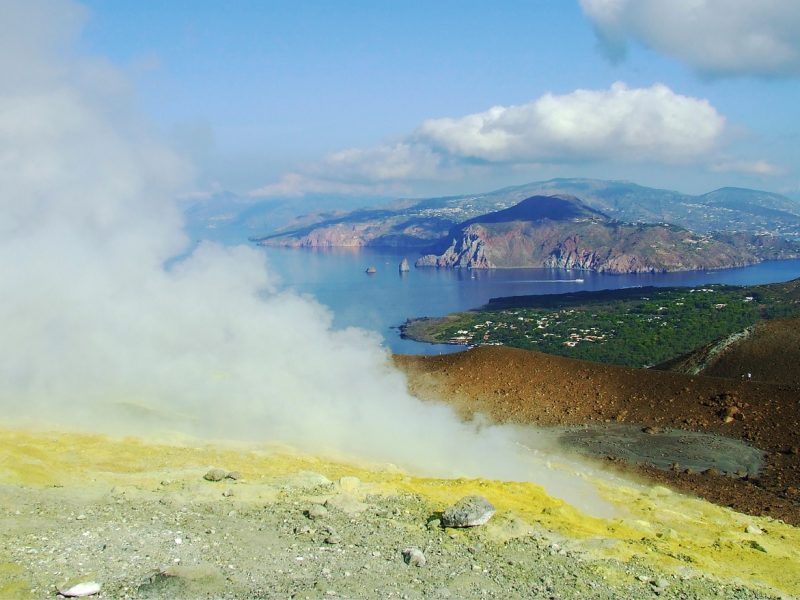 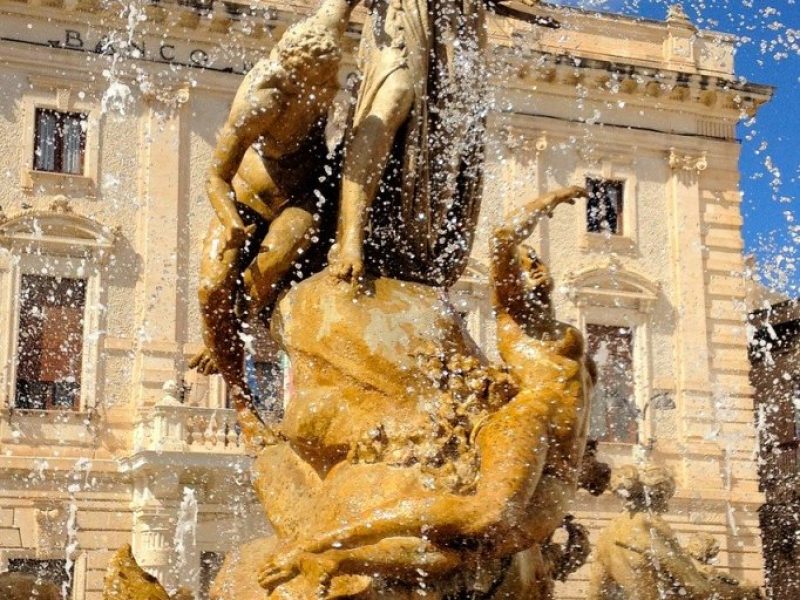 Excursion from Taormina to Syracuse 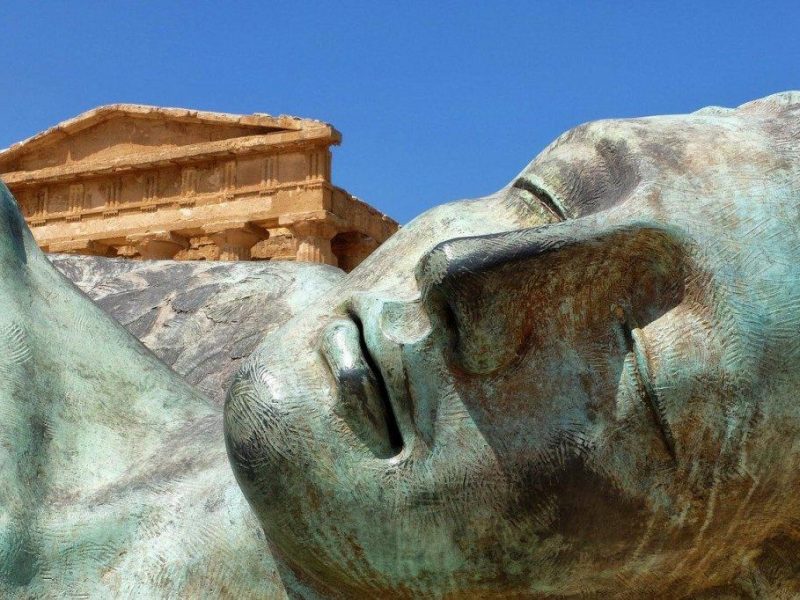 Excursion from Palermo to Agrigento and the Valley of the Temples 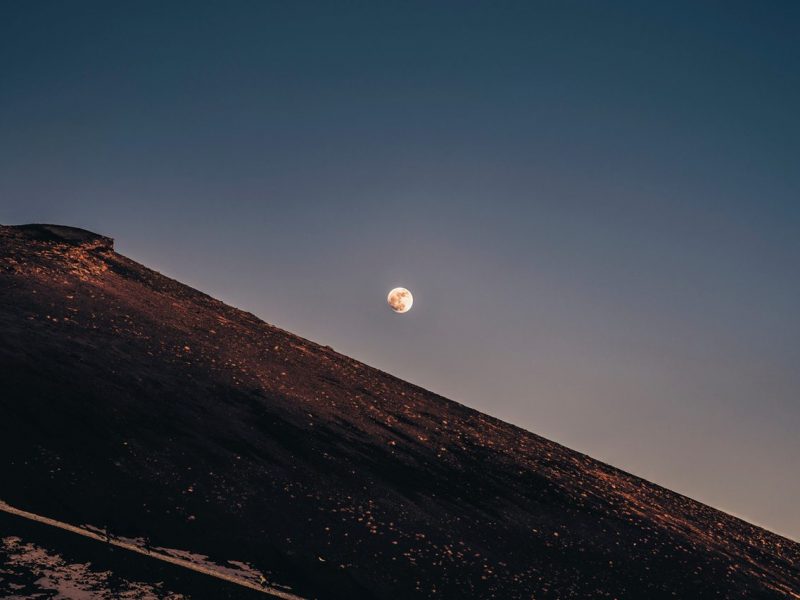 Excursion from Catania for the Sunset on Etna